Every three years, the Federal Reserve conducts their Survey of Consumer Finances in which they collect data across all economic and social groups. Their latest survey data covers responses from 2013-2016.

These numbers reveal that the net worth of a homeowner is over 44 times greater than that of a renter.

There are many who see that statistic and point toward how broad the range of respondents are for the Federal Reserve survey. Their study includes all economic and social groups and also includes all age groups. The argument is that older respondents have a higher likelihood of being homeowners, while the homeownership rate among younger survey takers is much lower. 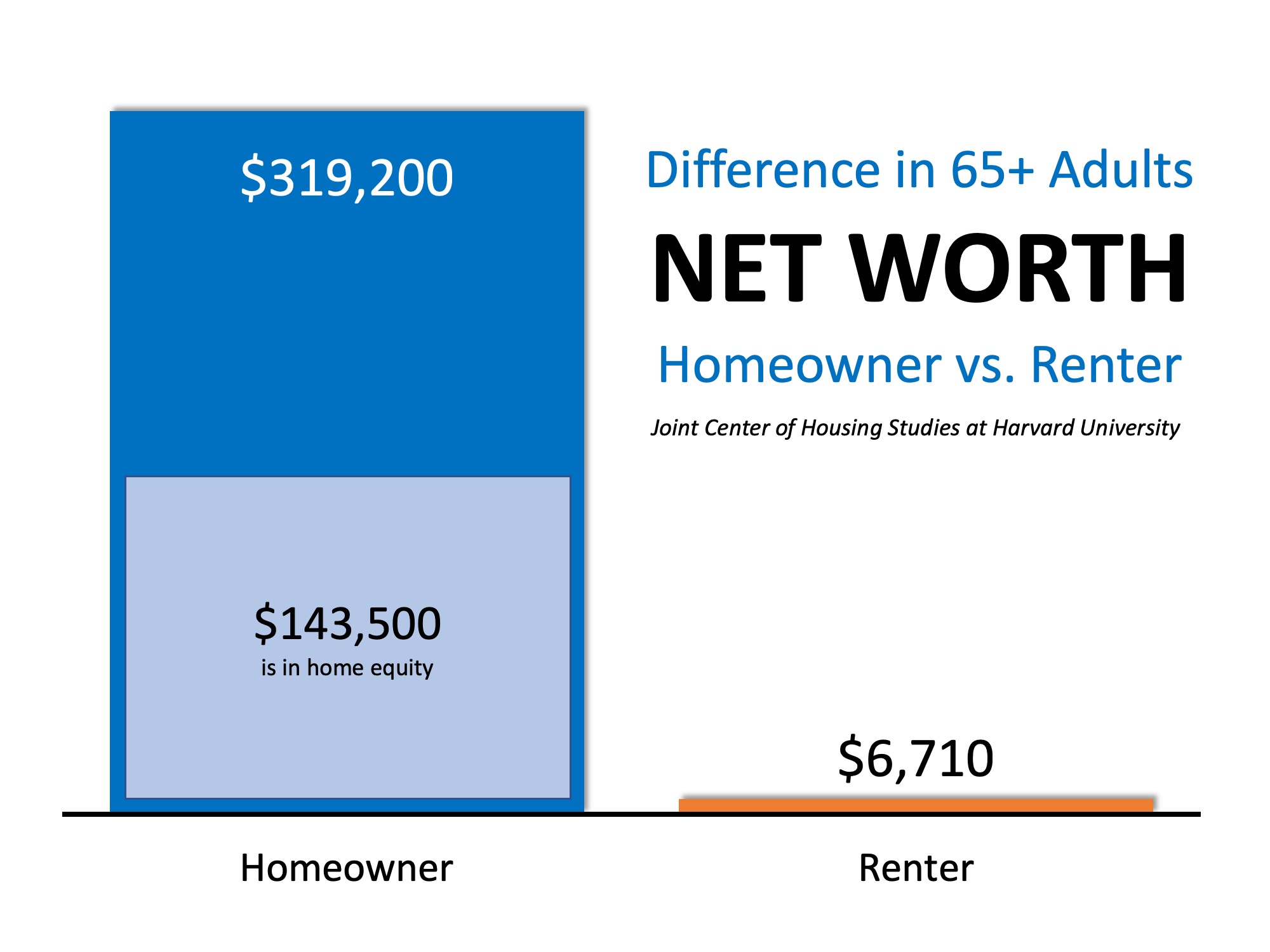 Homeowners over the age of 65 are much more financially prepared for retirement and often own their homes outright if they were fortunate enough to purchase their homes before the age of 36. Their 30 years of mortgage payments have paid off as they gained equity through their monthly payments and as home values appreciated.

It is no surprise that lifelong-renters have had a hard time accruing net worth as the latest Census report shows that the Median Asking Rent has been climbing consistently over the last 30 years. 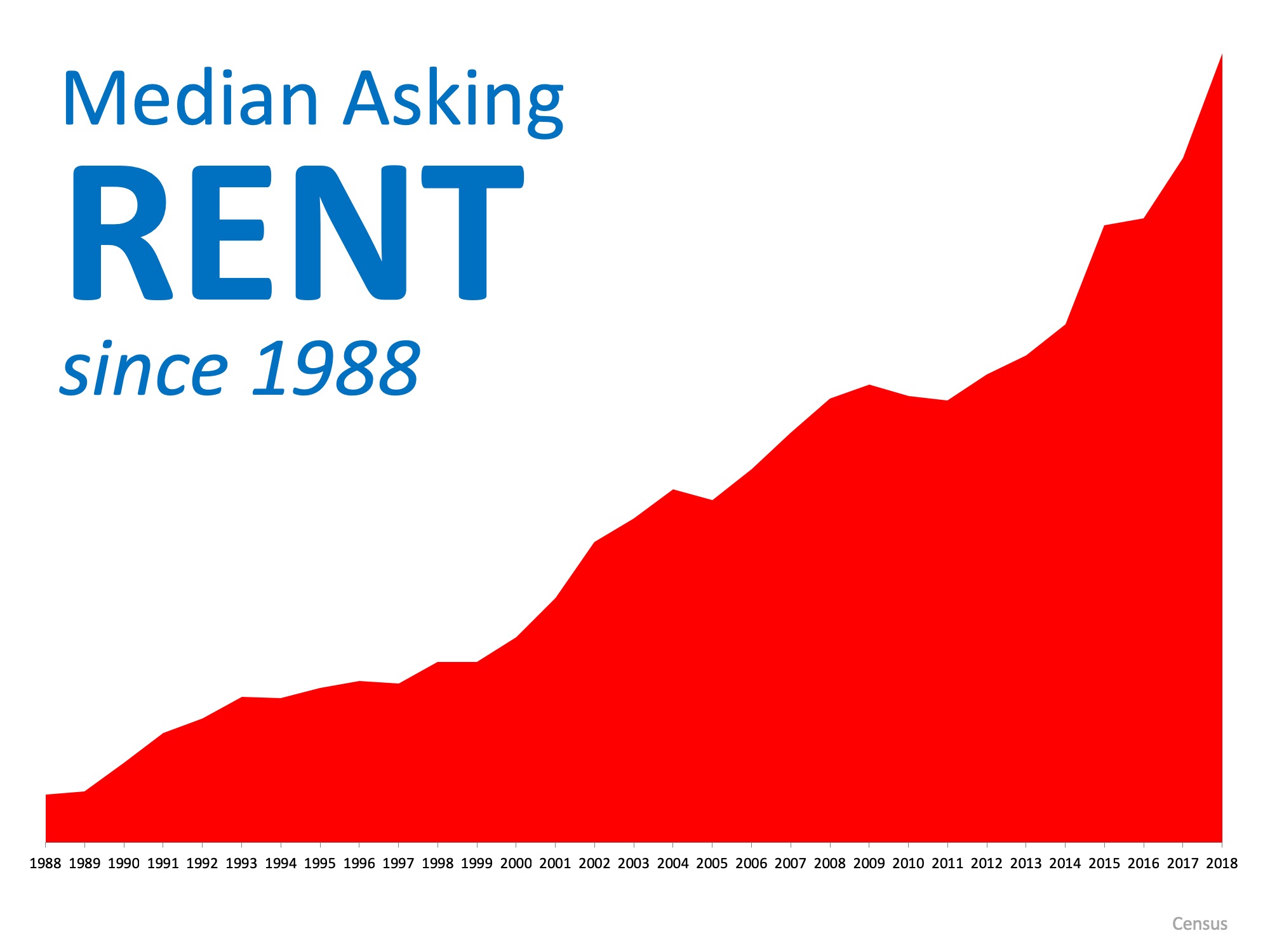 As a homeowner you put your monthly mortgage payment to work for you, building your net worth with every payment.